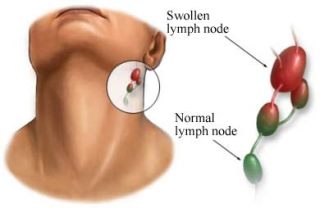 Lymphoma is a type of blood cancer that affects the immune system. It occurs when the white blood cells divide faster and live longer than usual. This causes a tumour to grow. Lymphoma can occur in any of the organs, in the lymph nodes, the spleen or even within bone marrow. Lymphoma is caused by changes in the DNA of white blood cells. However, it is currently unknown why this mutation occurs.

While there is a subtle but important distinction between Hodgkin and Non-Hodgkin Lymphoma, both cancers share a number symptoms. The most common symptoms of lymphoma include the following:

In addition, there are a number of symptoms that are unique to Hodgkin Lymphoma:

Treatment varies according the health of the individual and the severity of the cancer. Nevertheless, there are three main treatment options available: chemotherapy, radiotherapy and stem cell replacement.

Chemotherapy is a type of treatment which uses chemicals to control and kill the lymphoma cells. Chemotherapy travels through your blood system which means that it can reach all the areas of the body which may be affected by lymphoma. Chemotherapy is either taken orally or intravenously.

As the name suggests, this type of treatment uses radiation to treat the cancer. This treatment works by the patient lying on a table and having high-energy beams directed at the affected areas and the surrounding areas where the lymphoma may spread to. This is often used after chemotherapy or to treat those with early stage lymphoma.

If other treatments have proved unsuccessful, you may be recommended stem cell treatment. This type of treatment involves very high doses of radiation of chemotherapy. After the treatment, you will be injected with healthy stem cells to form new blood cells. Stem cells can either be taken from your body or from a donor.